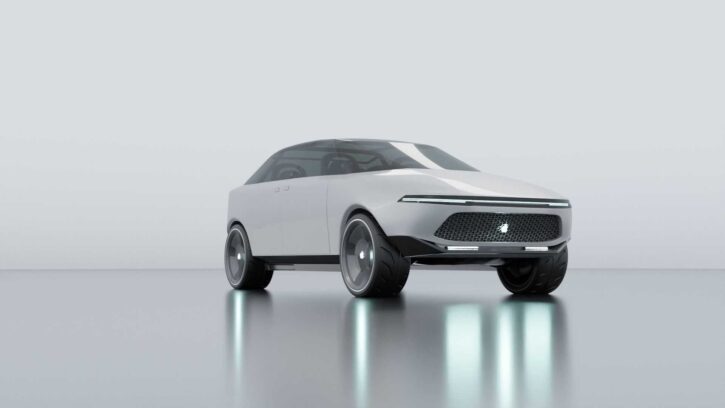 According to a Bloomberg report citing unnamed people with knowledge of the matter, the 20-year Lamborghini veteran, who was most recently the company’s head of chassis and vehicle dynamics, was hired by Apple to help lead the design of its future vehicle.

The move is yet another sign that Apple aims to step up work on its self-driving electric vehicle following years of setbacks and upheaval. Given his experience, Taraborrelli not only becomes one of the most senior managers on Apple’s EV team but also inadvertently helps the company build more hype for its so-called Project Titan.

Why would Apple need an engineer that oversaw chassis development, including handling, suspension, steering and brakes, of super sports vehicles like the Lamborghini Urus, Huracan and Aventador? This is a legitimate question seeing as self-driving cars aren’t typically developed to offer sharp handling characteristics; driving fun and performance are not at the top of the design brief of such vehicles.

While Apple declined to comment on the hire, Luigi Taraborelli’s LinkedIn page shows that he left Lamborghini in May 2022, ending a period of almost 21 years at the company. He is now listing San Francisco as his location (not too far away from Apple’s headquarters in Cupertino) and his status is “learning new things.”

Taraborelli is the latest in a long line of executives Apple has recruited for its self-driving EV project since at least 2014. Earlier this year, the tech company hired 31-year Ford veteran Desi Ujkashevic to lead its vehicle safety efforts, after tapping the former leader of BMW’s electric car business Ulrich Kranz in 2021.

Apple aims to introduce its self-driving EV around 2025 with a limousine-like interior featuring two rows of seats facing each other. The company wants to launch the car without a steering wheel or pedals, relying instead on fully autonomous technology. However, many team members and industry watchers doubt Apple can pull that off on the current launch schedule.