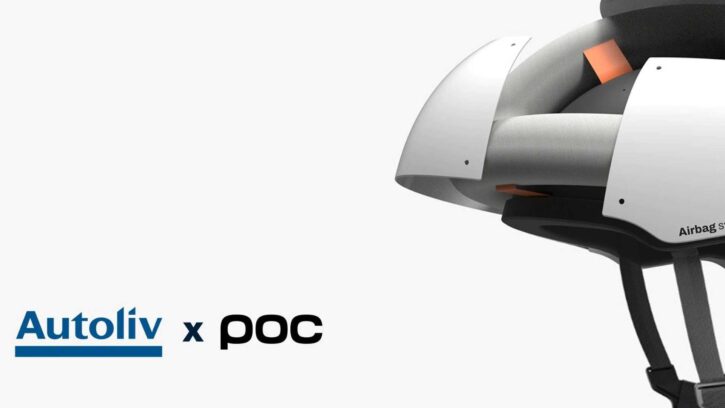 Although wearing a helmet when cycling is undoubtedly safer than not wearing one at all, it goes without saying that there is still space for improvement in terms of how well standard lids absorbs impacts. This is particularly true for the powerful electric bicycles of today, some of which have outputs exceeding 1,000W and 85 Nm of torque. To address this, two Swedish businesses are developing a cycling helmet with an inbuilt airbag.

Developer of automotive safety systems Autoliv teamed up with producer of safety equipment POC to research the usage of airbag technology in bicycle and e-bike helmets. The airbag would serve as the initial energy absorber, while the helmet underneath would offer the second tier of defense, according to Autoliv. The two partners’ pre-study revealed that this kind of technology will greatly enhance protection, reducing the effects of an accident. Additionally, Autoliv and POC came to the conclusion that the increases in protection could be made without sacrificing the comfort, weight, or design of the helmet.

According to Autoliv, over the past ten years there has been a 24 percent increase in serious bicycle injuries. What’s more concerning is that head injuries contributed to more than half of the deaths. Autoliv and POC anticipate that the airbag helmet will greatly improve safety, lowering the cyclist’s likelihood of suffering moderate to fatal injuries in a mishap at 12 miles per hour from 80 percent all the way down to 30 percent.

The issue with most bike helmets is that they go through certification and testing in a laboratory environment, which cannot exactly reproduce real-life events and the vagaries of bike wrecks. According to Oscar Huss, POC Chief Product Officer, what Autoliv and POC aim to accomplish is excel in test conditions and push the boundaries in terms of additional shock absorption capability. The airbag helmet from Autoliv and POC will work with both ordinary and electric bikes since e-bike riders travel at faster speeds and require even superior head protection.