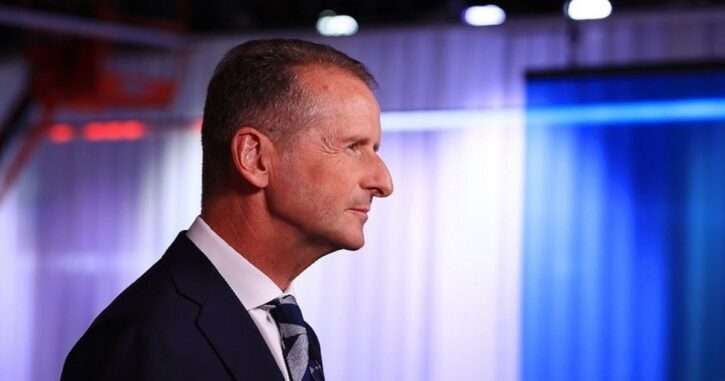 In the end, Diess’s undoing is a brutal reflection of the challenges facing leaders of industrial behemoths trying to modernize for the digital age.

VW’s unions wield significant influence even by German standards, where worker representatives account for half the seats on supervisory boards. Their leaders and the state are resistant to drastic and expedient change that will compromise jobs.

While Diess excelled at setting a strategic direction for VW, his delivery ruffled feathers and the company’s execution has been patchy. The outsider brought in from BMW in 2015 did not accumulate enough allies and became increasingly isolated. Threats of cost cuts and delays developing software for the vehicles of tomorrow ultimately cost him his position.

“The departure of CEO Herbert Diess should not be a surprise given how marginalized he had become in recent months,” Philippe Houchois, a Jefferies analyst, wrote in a report. “The timing is unfortunate and another illustration of dysfunction at VW.”

Spokespeople for VW declined to comment on the events leading up to Diess’s dismissal.

Momentum to remove Diess before VW’s summer break started building last weekend during individual discussions among the eight-member presidium within its supervisory board. Diess was in the U.S. to shore up progress in a market where Europe’s biggest carmaker has long lagged.

While the top executive was away, key representatives of VW’s main stakeholders started contemplating who could replace Diess should tensions within the company worsen. There have been repeated flare-ups, including late last year, when Diess warned the company risked falling behind Tesla Inc. and mused about major job cuts.

In December, VW overhauled its management board, stripping Diess of some responsibilities while tasking him with leading CARIAD, the carmaker’s software unit.