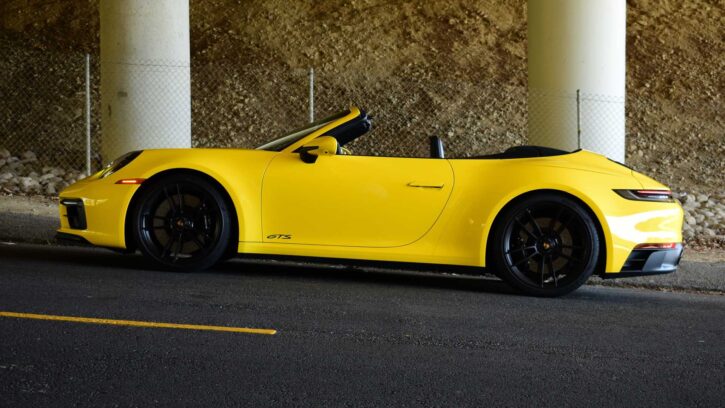 Hyundai is slowly shaping up as one of the automotive industry’s new leaders on the performance scene. The South Korean company now has a solid range of N-branded combustion-powered sports cars and it is already preparing to enter the electric performance segment with models previewed by the RN22e and N Vision 74 concepts. But where does all the inspiration come from? If we are judging by the brand’s global CEO Jaehoon “Jay” Chang, it must be coming from a sports car legend.

Chang recently had a chat with Australia’s CarExpert during a launch event for the Ioniq 6 electric sedan. He admitted the Porsche 911 is very special to him and he finds inspiration in Porsche’s strategy to keep things traditional and not change the concept all the time.

“To build a car like the Porsche 911 not only takes decades but also requires an unshakable commitment to improving something most people already believe to be the perfect sports car,” Chang told the publication. “Sticking to one design and not changing stuff all the time is what makes that car so special. The 911 doesn’t change. I’m not sure anyone can ever emulate something like the 911. It’s almost a perfect form until the next one comes along.”

To a certain extent, we can see that 911 inspiration in the Hyundai Ioniq 6. While the two products have very different concepts – one is a combustion-powered sports car for the purists and the other is a battery-powered sedan – there are similarities in the shape of the rear end. Don’t forget that Porsche-like small spoiler just below the rear window, which gives the Ioniq 6 a memorable profile that is sure to attract attention. But while the 911 keeps things traditional in terms of powertrains, Hyundai wants to move forward into the electric era with its N division.

“I’m not saying we will ever build a car to rival the Porsche 911, but if you look at the two Rolling Lab concepts we have revealed this week, the RN22e and N Vision 74, you’ll get an idea of we’re we are going in terms of sustainable high-performance cars,” Chang added. The RN22e can be seen as an N-branded performance version of the Ioniq 6, while the N Vision 74 takes inspiration from the 1974 Hyundai Pony Coupe and relies on a powerful hydrogen fuel cell powertrain.