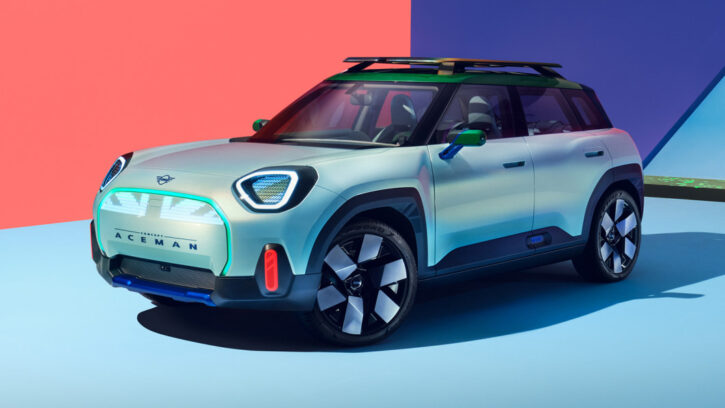 Mini has big plans for its future, and it all revolves around electrification and fun, funky design. Some of that has been shown with ambitious concepts such as the Mini Urbanaut micro-van, but now we’re getting a look at what’s coming soon with the Mini Aceman (a name curiously similar to the ill-fated two-door Paceman). It’s still very much a show car at this point, but it does hint at a production electric SUV.

The overall shape is clearly Mini. It’s a boxy little thing with a contrasting roof, wraparound glass, fender flares, big headlights and a big grille. But everything is now beveled and angular. The grille has distinct sides, as do the headlights, which match the angles. The wheel arches are squared off, and the whole body has more chiseled panels. It gives the whole thing a more rugged shape than the usual Mini, which fits its crossover bodystyle and mission. And because it’s an EV, it has a filled-in grille and flush door handles. All of these aspects are likely to show up in a production Aceman. Probably not appearing in the production model is the flashy LED grille that can display all kinds of colors and patterns. It’s also matched with similarly animated puddle lights. We also doubt the production model will feature the bright orange covers over the external speakers that provide safety sounds but also welcome sequence sounds. The Union Jack taillights, though, those are probably happening, since they’re already on the current production Mini lineup. That Union Jack roof rack wouldn’t be out of the question either.

Mini also noted that the production Aceman will slide between the Mini Hardtop and the Mini Countryman in the lineup. The size seems to back that up. It’s about an inch longer than the four-door Mini Hardtop and about six inches taller. And all those numbers come in well below the bigger Countryman, save for height, which is similar. 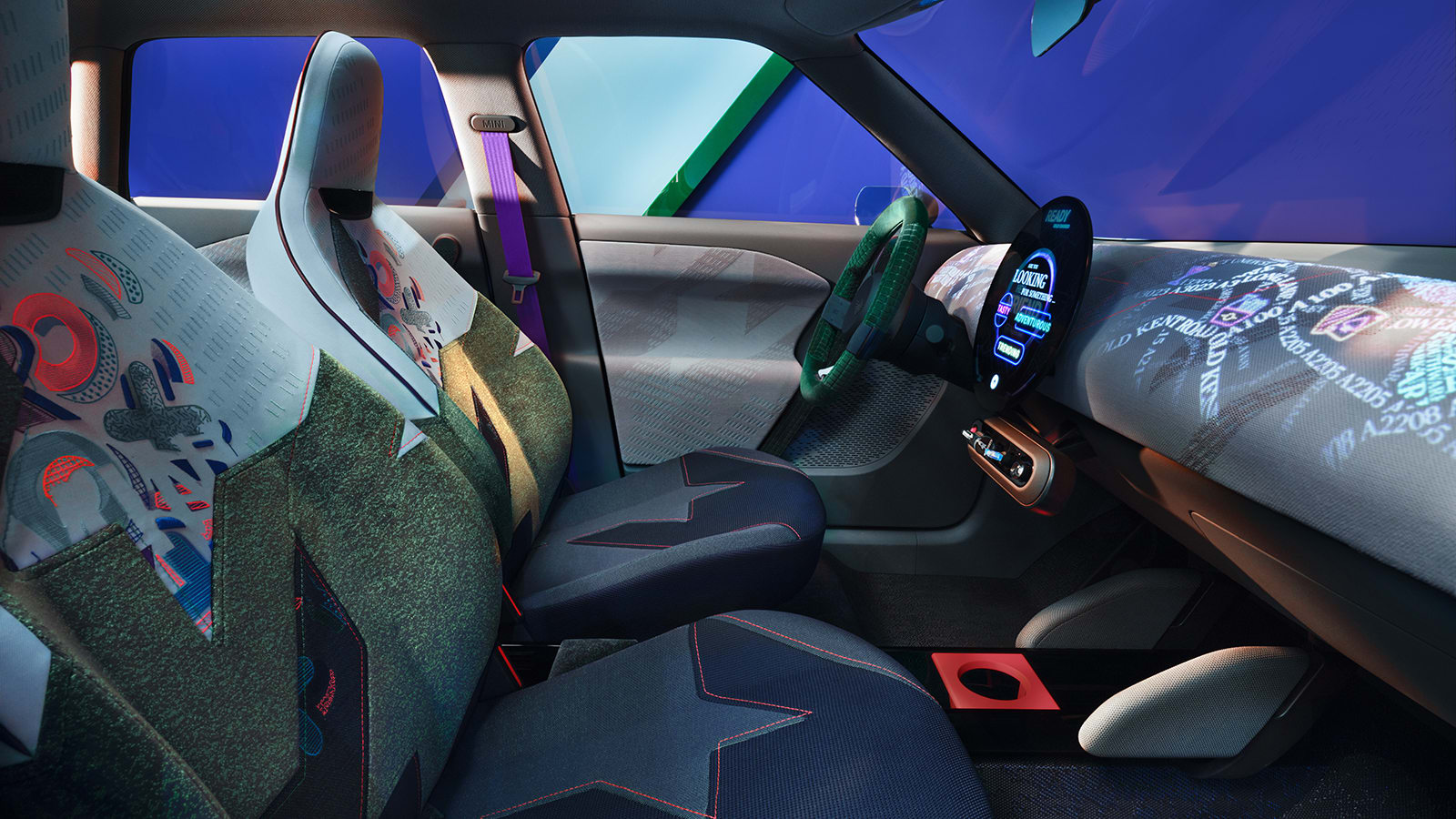 The interior is even more interesting than the exterior. Mini says they’ve applied the idea of “Charismatic Simplicity” to the car, and this is where it really shows. It has just a simple dash pad ahead of the funky green velour steering wheel, and mounted to it is a circular OLED touchscreen infotainment display. It continues the design idea laid out by the original Mini revival of the early 2000s, but very decluttered. Below the screen is a oval-shaped control strip with a selection of physical toggle switches for stereo and climate controls, a further nod to the toggles introduced by that older modern Mini. The infotainment system also is apparently built on Android. All of this seems likely for production. Less likely are the wild, ’90s-feeling interior colors and upholstery. The same goes for the extended display system where graphics ranging from floating clouds to navigation maps can be projected onto the dashboard panels.

Unfortunately, Mini did not provide any details about the powertrain other than the fact that it’s electric. So this is clearly just a design exercise. But with an expected production version of the Aceman coming around 2024, we should eventually get some details regarding power, range and more in a couple of years.