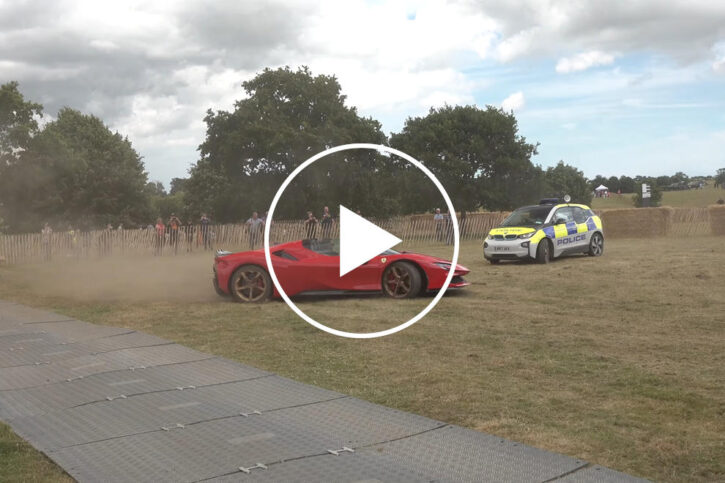 At one point, the po-po were just behind the GT, which appeared to slow down. The cops weren’t expecting it, and had to stand on their brakes. The incident occupied only a few frames, but it was a close call, to say the least, with the one-time coming within a few feet of the GT’s bumper. We’d hate to be footing that bill. Carrera GTs are laughably expensive and always have been.

The video publisher frames this as if the cops are out to get the guys ripping donuts. Honestly, it’s a toss-up. But we can’t imagine multiple people would do donuts illegally in their supercars right in front of the police, on film, while smiling for the cameras with a man standing in the middle of it all. On top of that, the video continues well after the cops depart, though that could be tricky editing. We think the cops were there for some fun, just like everyone else.