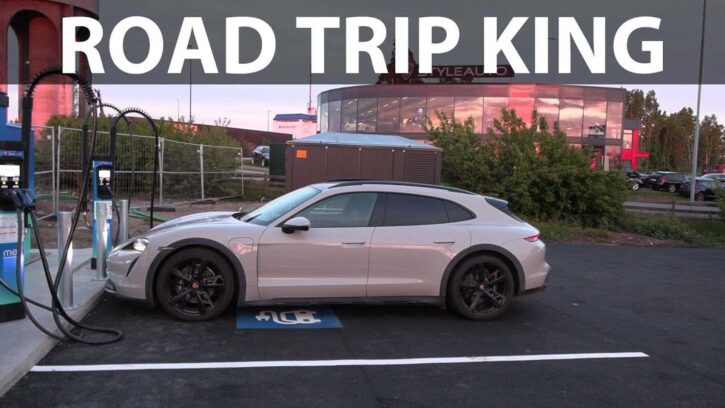 The 2022 Porsche Taycan 4 Cross Turismo has noted one of the best results in Bjørn Nyland’s 1,000 km challenge, which highlights outstanding long-distance travel capabilities, related to the combination of range, efficiency, and fast charging.

The actual test was conducted quite some time ago (in early June), similar to the range test, but due to the overwhelming number of reports, we are slightly behind.

Nonetheless, it’s worth checking out the results of the electric Porsche, which was able to complete the trip in under 10 hours, despite energy consumption noticeably higher than in the case of Teslas.

According to the video, the Porsche Taycan 4 Cross Turismo (version equipped with a 93.4 kWh battery and a dual-motor all-wheel-drive powertrain), completed the distance of 1,000 km (over 621 miles), at an average temperature of 17°C, in 9 hours and 40 minutes (after some time deductions).

During the challenge, the car was charged a total of five times along the way (5-6 is a typical number of stops for the challenge). After the initial 257 km (160 miles), the average distance between charging stops was 149 km (92 miles).

The 1,000 km challenge is a unique test (optimized for time rather than convenience), which expands our empirical knowledge about EVs and gives us glimpses of what is physically possible by an experienced driver in a country with dense DC fast charging infrastructure.

A strong point of the Porsche Taycan 4 Cross Turismo is the fast-charging capability of up to 270 kW. However, drivers must remember to turn off the Battery-saving fast charging mode, which lowers the charging rate (to around 200 kW) to preserve battery life (a brilliant everyday feature). Bjørn Nyland forgot to turn off this setting in the first part of the test (two charging stops) and had to deduct several minutes of lost time.

The Porsche Taycan 4 Cross Turismo is one of the models with an enabled Plug & Charge feature at Ionity stations. The test proves that it works, but in some cases, the handshake between the charger and the car had some issues/was slow. 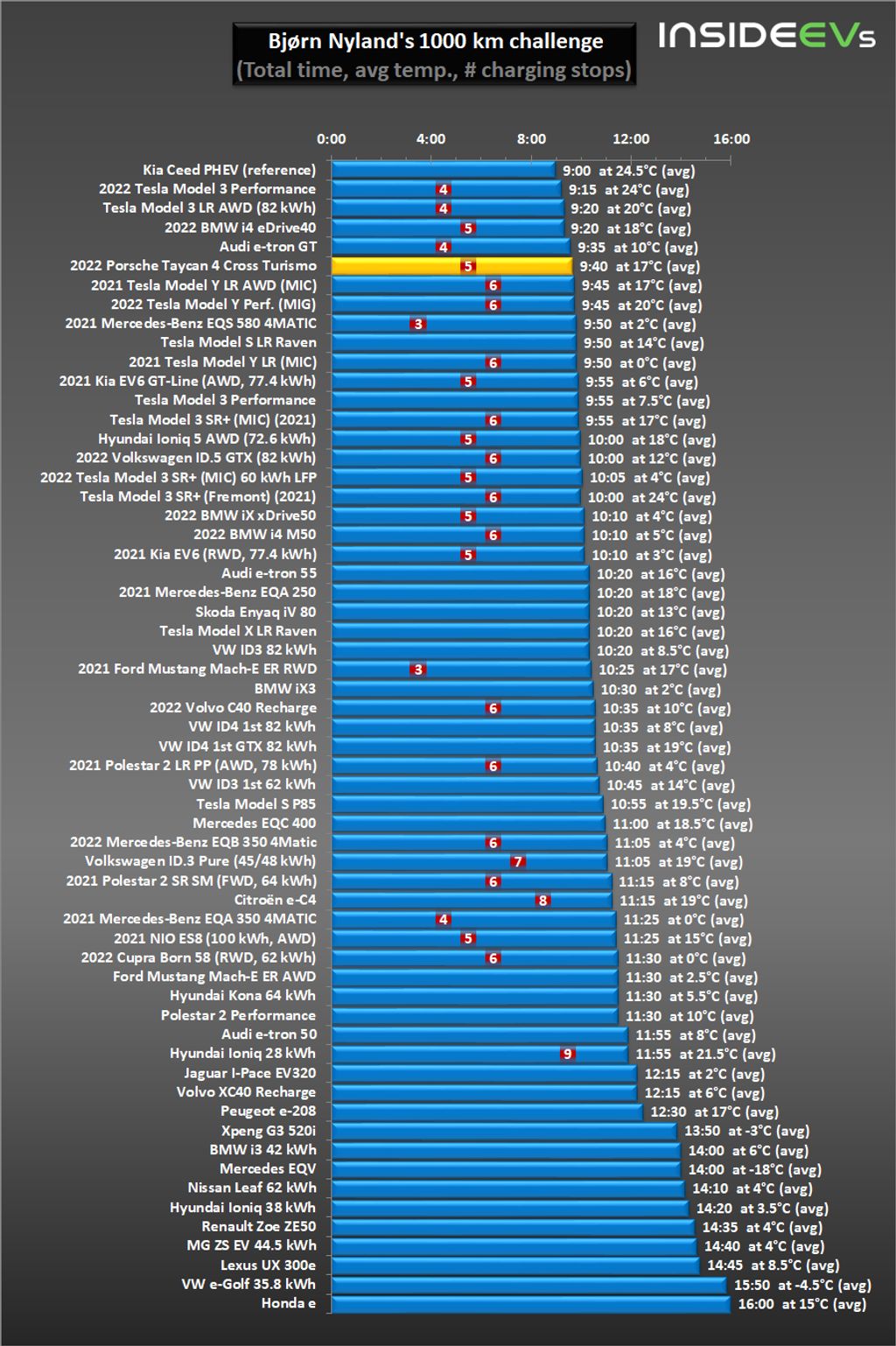 Test conditions (according to Bjørn Nyland):

For all those deeper interested in the Bjørn Nyland’s 1,000 km challenge, here is a follow up video, which explains how the driving time is calculated including deductions.