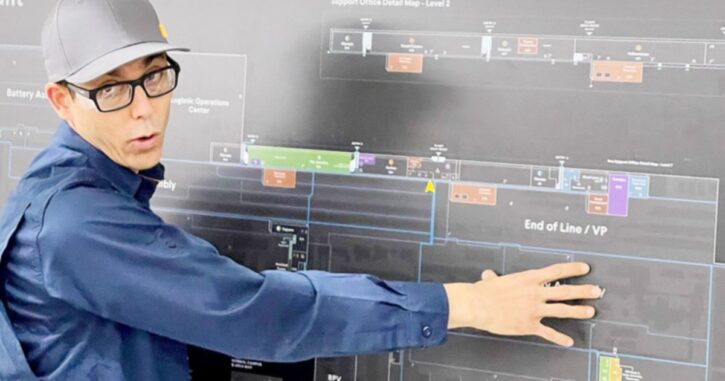 Rivian Automotive Inc. said it is cutting its work force by 6 percent as part of a restructuring process to better align its head count with business priorities, but it will spare its Normal, Ill., factory of job cuts.

The electric vehicle startup has struggled to increase production of its R1T pickup and the newly launched R1S SUV and Amazon commercial vans because of parts shortages, including semiconductors. Production improved in the second quarter to 4,401 vehicles from 2,553 in the first quarter.

“Today we announced the difficult decision to reduce the size of the Rivian team by approximately 6 percent,” a Rivian spokesperson said Wednesday.

“This decision will help align our workforce to our key business priorities, including ramping up the consumer and commercial vehicle programs, accelerating the development of R2 and other future models, deploying our go-to-market programs and optimizing spend across the business.”

The automaker has said total head count is about 14,000 before the cuts.

Under Rivian’s severance program, laid-off employees will receive 14 weeks of pay, health care through the end of the year, their next quarterly equity vesting and job placement assistance.

“We’re deeply grateful for each departing team member’s contribution in helping build Rivian into what it is today. They will always be part of the Rivian story and community,” the spokesperson said.

Two weeks ago, Rivian CEO RJ Scaringe said in a note to employees that they would be briefed shortly on the terms of the company’s restructuring, including layoffs.

Scaringe said in the note, which was shared with Automotive News, that “Rivian is not immune to the current economic circumstances and we need to make sure we can grow sustainably.”

Rivian said in its first-quarter earnings report that it had about $16 billion in cash and enough funds on hand to open its second U.S. plant for $5 billion in 2025.

Rivian expects to build about 25,000 vehicles among the R1T, R1S and Amazon vans this year, about half the number it could produce if it had enough parts, according to Scaringe.

The startup’s stock price — which closed up 1 percent to $32.01 on Wednesday — has fallen by about two-thirds this year because of Rivian’s slow vehicle rollout and soft financial numbers and the declining macroeconomic environment in the U.S.