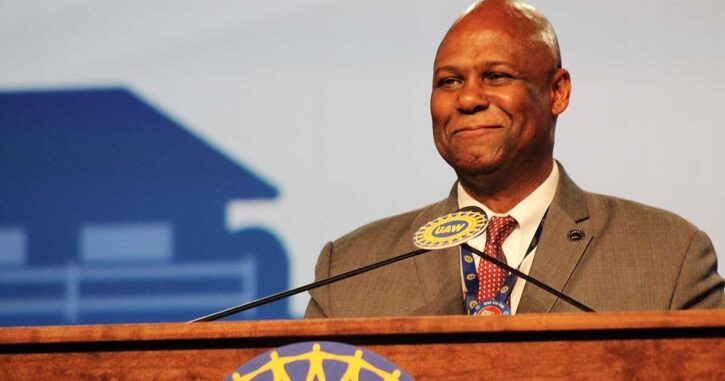 This year’s convention was unique in that members of the International Executive Board were not elected as in past years; instead, delegates nominated a slew of candidates who will stand for election this fall as part of a new one-member, one-vote election system.

Delegates at the convention earlier voted to increase the union’s strike pay to $500 per week and implement it beginning on the first day of a potential strike, instead of the eighth day. The increase was advocated by the reform caucus, Unite All Workers for Democracy. The union’s executive board had previously increased strike pay to $400 per week, from $275.

However, on Thursday afternoon delegates voted to overturn the $500 amount, returning strike pay to $400 per week.

Delegates also previously voted for wage increases for International Executive Board members and voted down a proposal that would have allowed UAW retirees to run for international office.