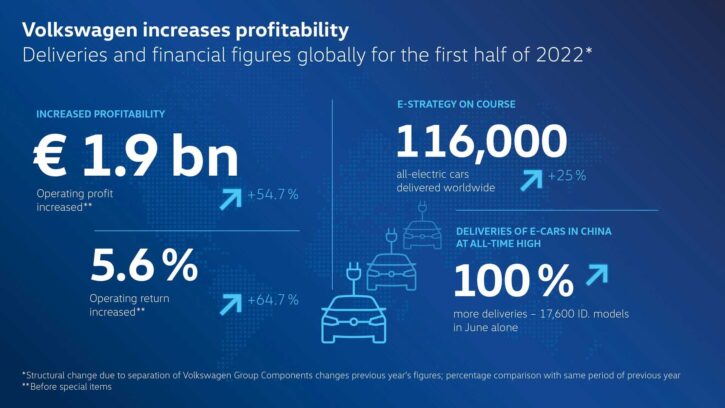 That’s not a bad result, considering how terrible the second quarter was due to the war in Ukraine, the ongoing global semiconductor shortage, and the coronavirus pandemic in China.

In recent months, Volkswagen launched production of the ID.4 at additional sites – in Emden, Germany and in Chattanooga, Tennessee, US, as well as the Volkswagen ID. Buzz in Hanover, Germany.

Together with increasing sales in China (a new record in June), it’s expected that Volkswagen will be able to return to fast growth later this year.

The backlog of orders for all-electric ID. cars in Europe alone stand at 139,000. If we add orders in other markets, we can basically assume that the entire production envisioned for 2022 is sold out.