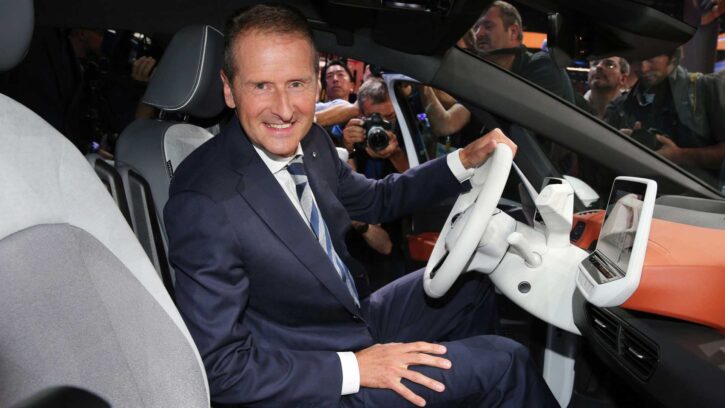 Volkswagen Group’s decision to remove Herbert Diess from the position of Chairman of the Group Board of Management last week came as a surprise to many, but the signs that something was brewing at the top of the company were there for some time.

Already stripped of key responsibilities in December 2021, Herbert Diess had been overseeing the CARIAD software division ever since, and it would appear the unit’s poor performance brought his downfall.

Bloomberg reports that Diess was blamed for the severe software development delays that set back the scheduled launches of key new Porsche (Macan EV), Audi (Project Artemis) and Bentley electric vehicles. That was unacceptable for the company as software problems had also postponed the debut of VW’s ID models, and customers are still having to drop off their cars at dealers for updates instead of having them installed over-the-air.

While the CARIAD fiasco may have been the final straw that broke the camel’s back, it wasn’t the only one. The CEO’s hard-nosed leadership style made him increasingly isolated at the company, especially after repeated clashes with labor leaders over his warnings VW was losing out to Tesla and needed to cut thousands of jobs.

But it was the failures at the CARIAD software unit that ultimately made Diess’s position untenable in the eyes of the people that saved him from being ousted in December 2021: the powerful Porsche and Piëch families that control Volkswagen Group. They could no longer support Diess and plotted his ouster while he was on a US trip last week, Bloomberg reported on July 24.

The top committee of VW’s supervisory board, consisting of representatives from the Porsche and Piëch families, officials from the German state of Lower Saxony and labor leaders, determined that Diess’s time was up on July 20, according to people familiar with the deliberations.

He was informed about the decision around lunchtime the next day, still jet-lagged from his visit to VW’s factory in Chattanooga, Tennessee. Diess was given 24 hours to respond and he decided it was time to go after consulting with legal advisers. On July 22, Volkswagen Group made the decision public.

Diess’s downfall is a stark reminder of the challenges facing leaders of industrial giants trying to modernize for the digital age. This effort requires bringing in talent and building skillsets outside an automaker’s traditional areas of expertise and often causes conflicts of interest.

The Porsche-Piëch clan decided to bring Porsche brand CEO Oliver Blume in Diess’s place, with the new boss to take over September 1 while retaining his current position at the luxury sports car brand. A longtime Volkswagen Group executive, Blume is said to be more of a team player and shrewd navigator of the company’s various factions. Will he be able to fix CARIAD, though?