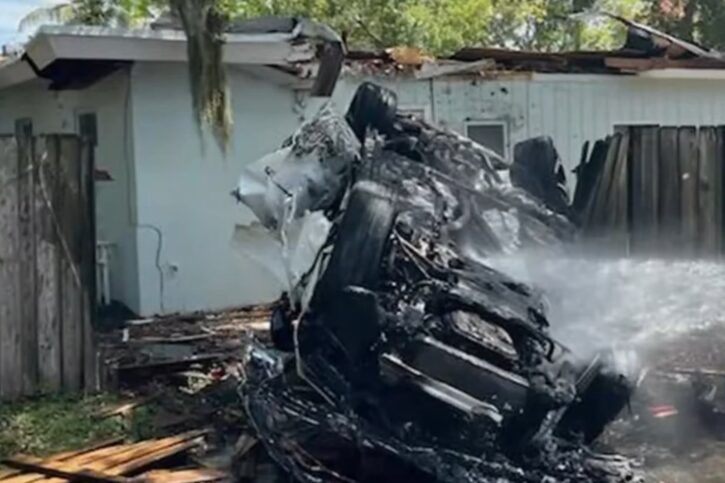 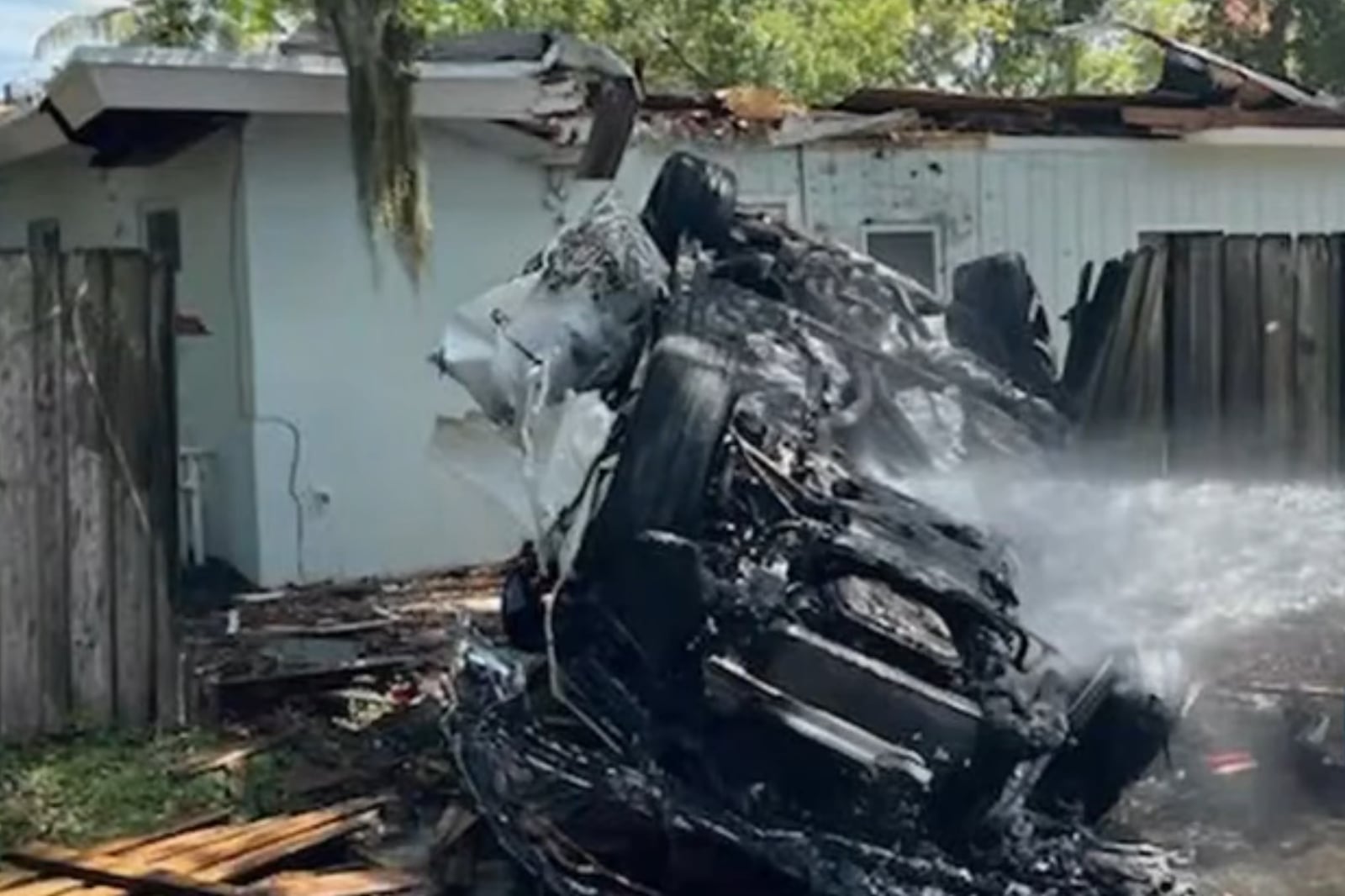 “I yanked him right out for the truck, and I laid him down by the trash can,” said resident Clarence Middleton after helping the McQueen. “He was hurt at first, but as soon as I picked him up, he snapped back out of it and said, I’m good, I’m good. Then ran off with no shoes on; he just had his socks on.”

McQueen apparently then snitched to the police on himself while being treated for injuries at the hospital. Although there is a significant burden on proof here, no charges have yet been laid. As for the civil matters, the exotics rental company is likely taking its standard five-figure deposit and going after McQueen for the balance of the $225,000 vehicle MSRP.

Then the Pathfinder also has to be replaced, and will likely be covered by the rental company’s insurance. The substantial damage to the house from the car crash looks like it could be a total loss.